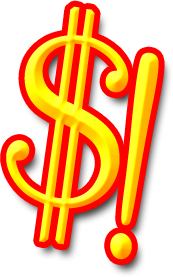 As one former White House economist wrote, “I can’t think of any other rule change or executive order that would lift more middle-class workers.”

So what is this revolutionary change? In short, it’s a common-sense and much needed update on the rules for when employees are eligible for overtime pay.

Under current federal law, employers have to pay hourly employees overtime at time-and-a-half for every hour they work over forty in a week. But there are some huge exceptions to that rule. The biggest exception is that many executive, administrative, and professional workers are considered “exempt” if they earn a certain baseline salary. Those “exempt” workers don’t have any right to overtime pay – even if they’re working 50, 60, even 80 hours a week, they still just receive their base salary.

Right now, that minimum salary threshold is $455 a week, or $23,660 a year, and that figure hasn’t been updated for more than a decade. The proposed new rule would raise the minimum salary threshold to $970 a week, or just over $50,000 per year, and would index the salary level to inflation so that it’s not out-of-date again in a few years. That change would make about 5 million more workers eligible for overtime pay. And it could benefit an estimated 20,000 workers in Maine alone.

The old salary threshold was in desperate need of updating. In 1975, about 65 percent of full-time salaried workers had a right to overtime pay. In the decades since, that number has crashed to less than 8%. As the law has fallen further behind the times, it has meant that more and more salaried workers –from Burger King and Walmart store managers to administrative and executive assistants – work long hours and don’t get overtime.

And the new rules could have consequences beyond a higher paycheck. They could change the pervasive workplace pressure to work well beyond the 40-hour week.

Right now, many salaried workers are expected to work outside the standard workweek. As Nicholas Castillo, a bank branch manager who earns a $30,000 salary, explained, “My manager had told me, ‘You’re on salary pay.’ And she said, basically, ‘You are required to work more than the normal hours because you are on salaried pay.’” And so he complied, working 50-60 hours a week, checking email and working remotely on nights and weekends. The employer had no incentive to limit his hours, because no matter how many hours he worked, it still paid him the same $30,000.

But under the new rule, employers would have to pay Mr. Castillo and millions like him for the time they work beyond the standard workweek, including when they respond to work emails on vacation or over family dinner. And that could make many employers step back and rethink the expectation that their salaried workers stay plugged in at all times. In California, which for the last decade has had a rule similar to the new proposed federal rule, some companies have banned after-hours emailing or simply shut company email down on nights and weekends.

And really, wouldn’t we all be better off with a little less midnight emailing?